The Italian Ministry of Cultural Heritage (more precisely its UNESCO office) receives every year about 40 project proposals from public administrations and entities, aiming at preserving and enhancing some of the 54 Italian sites included in the «World Heritage List» and placed under the protection of UNESCO.

The role of the Ministry in this regard is to evaluate the proposals received, approve the best ones and gradually distributing the available EU funds (about € 2M per year, on average) to such projects, periodically checking that the funds previously provisioned have been properly spent and that the declared objectives have been achieved. 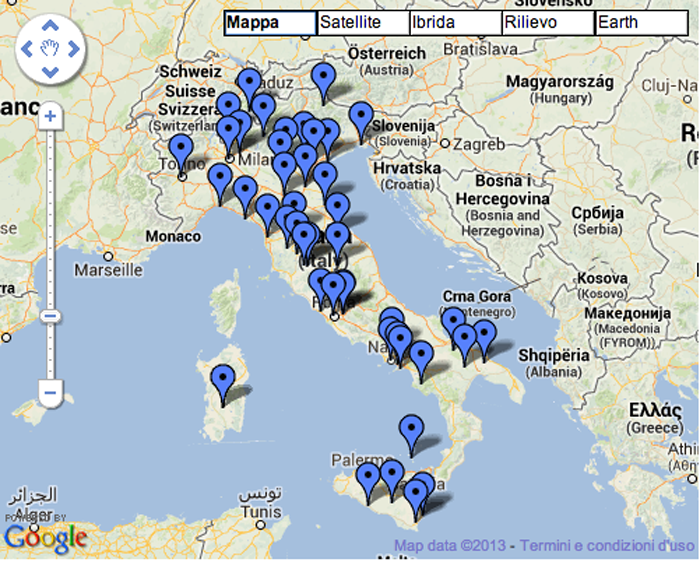 Up until 2017 the Ministry had been receiving proposals and status reports on the approved projects as PDF attachments to certified emails (a special kind of emails in use in Italy, meant to provide a legal equivalent of the traditional registered mail). Such attachments were based on MS Word templates (provided by the Ministry) which were manually filled and then saved in PDF format my the proponents.

Once received, the most relevant information contained in such PDF attachments was manually entered by the Ministry officers into a set of complex and cross-related MS Excel sheets, which were then used as a rudimentary and highly denormalized database to track the projects and manage the provisioned funds .

Unfortunately, the above mentioned Excel sheets contained only a small part of the data included in the PDF files received, which forced the Ministry officials to constantly re-open such files. Moreover, Excel sheets clearly could not enforce any of the data integrity and consistency constraints, which frequently induced errors that were expensive to identify and fix.

In 2018, after a successful pilot project with Livebase (which took just 15 man/hours to create), the Ministry decided to develop with Livebase of a web application to (1) manage a registry of all the UNESCO sites in Italy along with their protection/enhancement plans; (2) manage a registry of local public administrations qualified to submit project proposals and of their legal representatives; (3) configure calls for proposals and their budget and opening/closing date-time; (4) allow administrations to submit proposals in a structured way using an interactive web interface actively enforcing formal validity.

A senior Livebase analyst extended the model created during the pilot project during 15 interviews with Ministry officials, and generated an increasingly complete prototype of the application right after each interview. This process allowed the Ministry officials to immediately validate the modeled requirements in a very effective and productive way.  The application was released in production two weeks after the last interview.

For this application, the backend generated by Livebase has been extended with plugins (coded in Java) to (1) generate automatically a PDF version of a proposal from the structured data entered by the proponent in the submission forms; (2) upload a digitally signed copy of such PDF; (3) verify the validity of the digital signature applied.

In 2020 the application has been extended with additional functionality to (1) support Ministry officers in the selection of the proposals to be funded and in the creation of the related projects; (2) allow the proponents of funded projects to periodically update the project status, propose changes in its schedule and/or objectives, and upload evidence of how funds have been spent; (3) allow Ministry officers to track the funds already distributed, approve or reject project change requests,  and request additional documentation to the proponents.