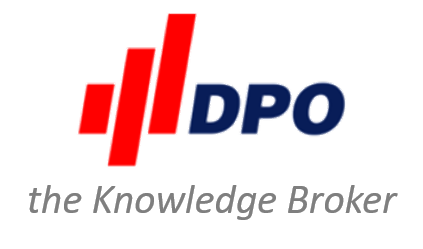 Data Processing Organization (DPO) provides qualified services in the field of ICT Governance since 1967 - and is one of the longest-running companies in the sector.  DPO has been the first company in Italy (and is still one of the few in the world) to specifically certify its consulting processes in the field of software metrics and Function Point Analysis, with UNI EN ISO 9001:2015. The company has been also qualified by DigitPA (formerly CNIPA) to monitor major software development contracts for the Italian Public Administration.

In 2014 DPO was involved as a scientific consultant in the development of the "Function point estimation" tool of the Livebase Designer, providing an up-front estimate of the functional size of the application that Livebase would generate from the model currently edited.

A few years later, in December 2019, DPO needed an application to manage relationships with customers and leads, marketing campaigns, actions taken, opportunities arising, employees involved and their responsibilities. The company evaluated a number of commercial off-the-shelf CRM software packages and SaaS, but none of them was evaluated as a good fit, mainly due to high costs and lack of flexibility. At the same time, creating a custom application in the traditional way (manual programming) was considered way too risky and expensive.

Remembering the flexibility and the productivity of Livebase, DPO decided to test the platform to create a small prototype of their own CRM. The prototype was designed, generated and deployed in a test environment in less than one week, and it proved to be so perfectly adhering to the specific needs of the company (and also so robust and reliable) that it was promoted to production a few weeks later.

Since then, the initial prototype has constantly and organically grown along with the needs of the company, with changes and extensions deployed in production almost every month with near-zero downtime. Moreover, since the CRM is used only internally (by the company's staff), DPO is still using the demo client generated by Livebase, and it has therefore avoided also the development of a custom client.